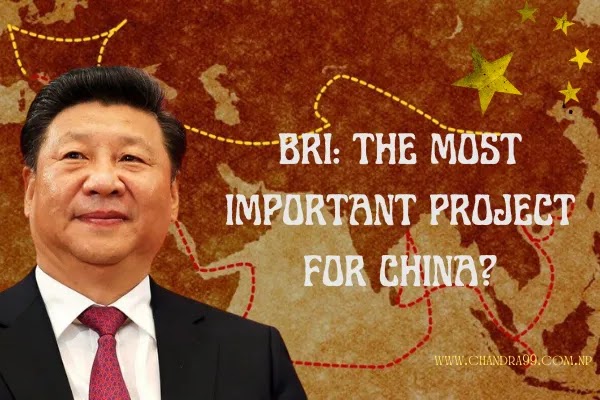 The belt and road initiative is one of the significant growth plans that originated in China. The plan, which President Xi Jinping unveiled in 2013, seeks to improve communication between China and other nations. To help China's economy, other countries are on the route to Europe. The policy aims to encourage and support the growth of trade, communications, energy, and transportation infrastructure. One Belt One Road is another name for the BRI that has been used in the past.

The Belt and Road Initiative: Its Origins and History

The first to create silk, the Chinese eventually became the sole producers of silk-related goods to the Middle East, Europe, and Central Asia. In 1877, German geologist Ferdinand von Richtofen gave the route the moniker "Silk Road" after he found evidence of Silk traffic there. There were other uses for this historic road besides trade. The Arab world, Greece, the Roman Empire, India, Persia, and the Chinese civilization were all able to adapt their cultural traditions.

Chang Qiyin, regarded as the founder of the Silk Road and the first envoy in human history, laid the foundation for the trade route. The Wu emperor of the Han Dynasty sent Chang Qiyin as an envoy to explore the civilizations and cultures of Central Asia after he had left China. Between 139 and 129 BC. Following its opening, this road was used more frequently in subsequent reigns. 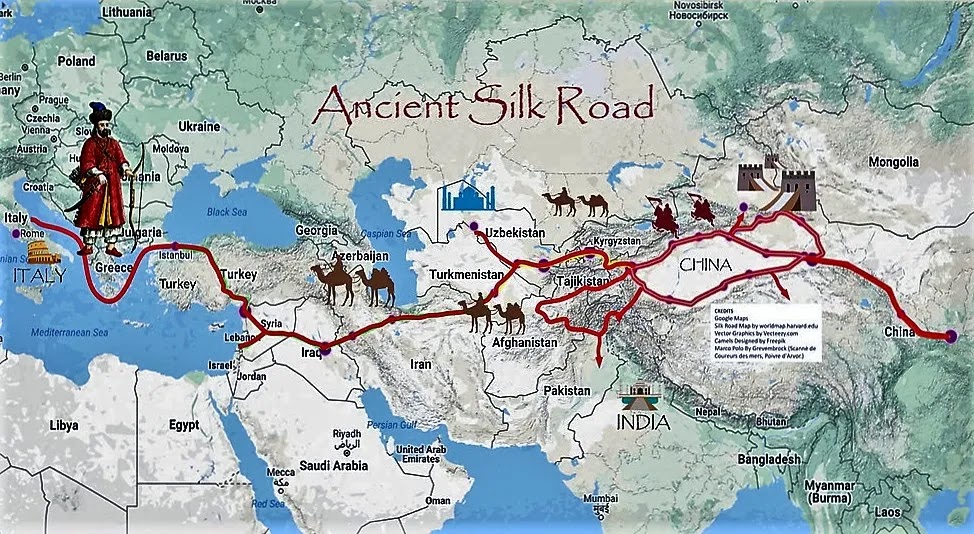 The Silk Road was the most prosperous prehistoric trading route between 100 BC and 1500 AD. It is well known for the number of silks exported from China over great distances to several locations. From eastern China to Central Asia, the Middle East, and the sea, the silk trade spans a distance of more than 8,000 kilometers across highlands, mountains, deserts, rivers, oceans, and towns. The Mediterranean. Sea trade started in 800 AD as Silk Road traffic started to diminish. Get moving again. The Silk Road trade network was entirely cut off by the 13th and 14th centuries when the Mongol Empire governed Central Asia and China.

Xi Jinping created the One Belt, One Road policy, commonly known as the Belt and Road Initiative (Belt and Road Initiative), in the present day during a trip to Kazakhstan in September 2013. He suggested creating the Silk Road Economic Belt, a brand-new framework for regional collaboration. China once more announced the opening of a bank a month later, this time during the visit of the Chinese president to Indonesia. Asian Infrastructure Investment Bank and the beginning of the Silk Road of the twenty-first century. Communist Party of China's Central Committee members wrote and approved the project in September 2013. To create diplomatic, political, economic, and trade links with nations in Southeast Asia, Southeast Asia, Africa, and beyond to Europe, China should prioritize this initiative before 2020. The Silk Road has expanded in scope from its earlier incarnation.

It's a Belt The Economic Belt, the Silk Road's land, and the 21st Century Maritime Silk Road are the two primary parts of the One Road belt. The Silk Road Economic Belt links Central and West Asia with Europe. The Silk Road connected China with Europe through a sea route that passed through South and Southeast Asia to Africa. The One Belt, One Road initiative is more important than ever for the growth of these two roadways. It was involved in the creation of a network that is connected.

Management of the Belt and Road Project 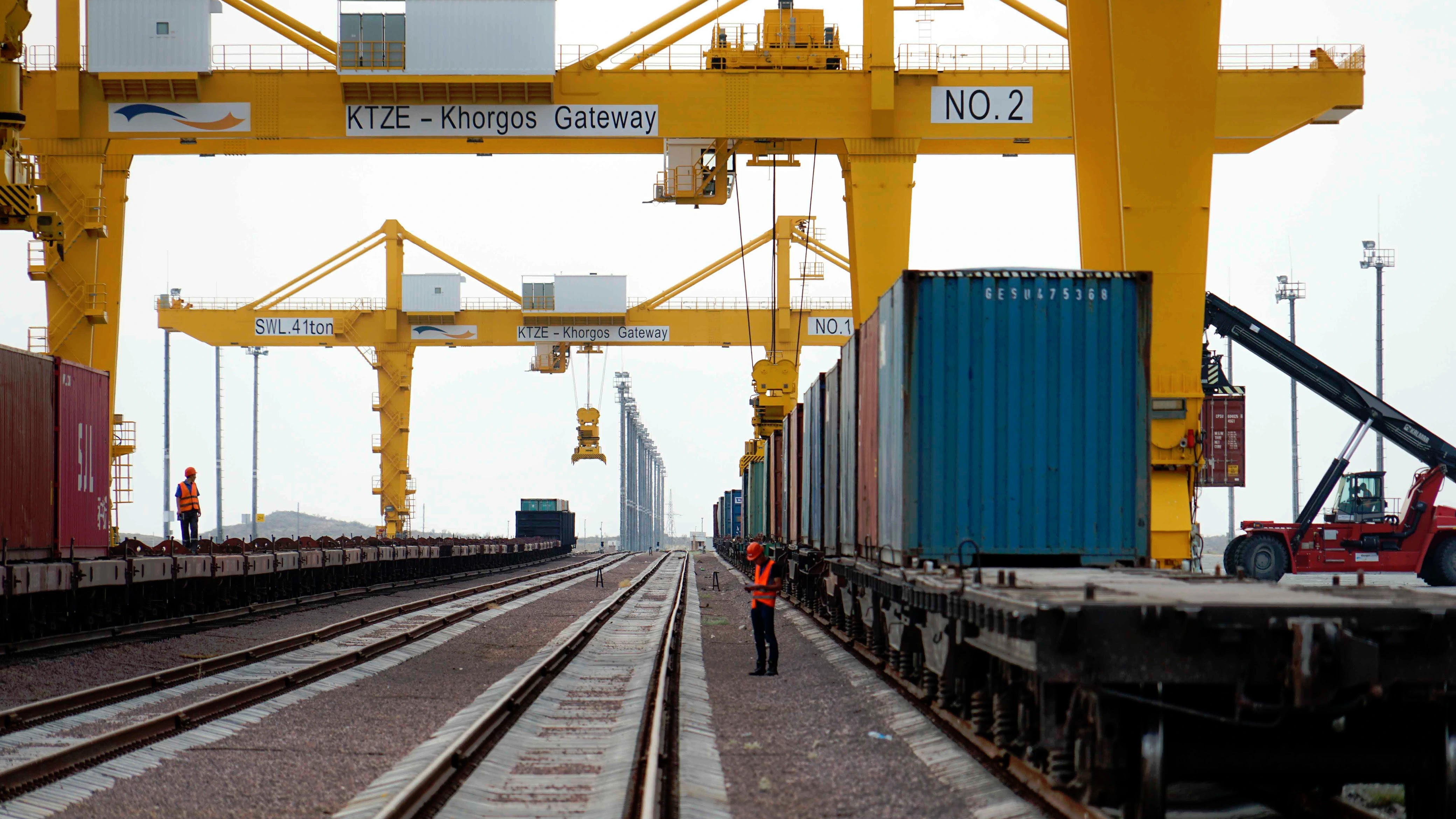 Instead of being institutional or directed by a single body, belts and roads are an initiative. One that is government-driven. The State Council and relevant departments approved the Belt and Road Project in March 2015, establishing the plan. The National Commission for Development and Reform, the Ministry of Foreign Affairs, the Ministry of Commerce, and final approval by the Chinese State Council are all involved in the One Belt Road project's details.

The management team is in charge of this effort, which aims to further the One Belt, One Road policy. Senior government officials are included in the group, which is presided over by Vice President Zhang Gaoli, a member of the Office Standing Committee. The Chinese Communist Party's politics as well. Under the initiative, China is developing detailed plans for industries like energy, agriculture, environmental protection, education, and intercultural exchange. This. China will work with other nations to "set an appropriate schedule and roadmap and relate it to national development initiatives." However, the procedure can be flexible and vary from place to location.

Funding for the Belt and Road Initiative

China has established the Asian Infrastructure Investment Bank as a financial source for the project (AIIB). The AIIB may have been established to compete with the World Bank in terms of attractiveness, according to some. numerous member nations.

The Asian Infrastructure Investment Bank is only one of many financial institutions contributing to the One Belt, One Road plan. used for roads, bridges, deep-water ports, oil & gas pipelines, electricity, telecommunications, and transmission lines. The Silk Road Fund, the China Investment Bank, and Chinese businesses make up the One Belt, One Road Initiative Fund. It also offers finance, including from BRIC-based banks.

According to the OBOR concept, the program will use the Industrial Park as an economic platform for collaboration while concentrating on developing "smooth, safe, and efficient" transport routes at sea by tying key seaports together with a one-lane ring road.

This initiative's "policy coordination," which aims to establish strategic development coordination, is one of its primary objectives. Economic relations between China and other nations are based on the ring and the road, with government encouragement for collaboration and large-scale initiatives. Another focus area is "construction connection," which involves expanding cross-border infrastructure networks, enhancing infrastructure connectivity, and building international transport corridors. The program also prioritizes the construction of energy infrastructure, particularly pipelines, for the transportation of oil and gas and power across international borders. Boost neighborhood power lines. 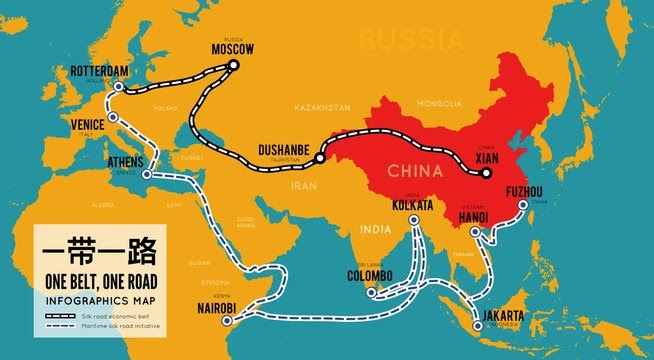 The abolition of the trade and investment restrictions and the creation of free trade zones are additional critical areas of concentration. His vision also asks for cooperation and investment in various fields, including forestry, agriculture, fisheries, manufacturing, and tourism. There should be more activities related to the exploration and development of solar, wind, hydro, oil, and other fossil fuels as well as nuclear, hydro, and wind energy. China will attempt to create a memorandum of agreement on bilateral cooperation plans and projects to make this initiative a reality. They involve nations along the belt and road.

By 2027, it is anticipated that China will have invested more than $ 120 billion in the One Belt, One Road Initiative.