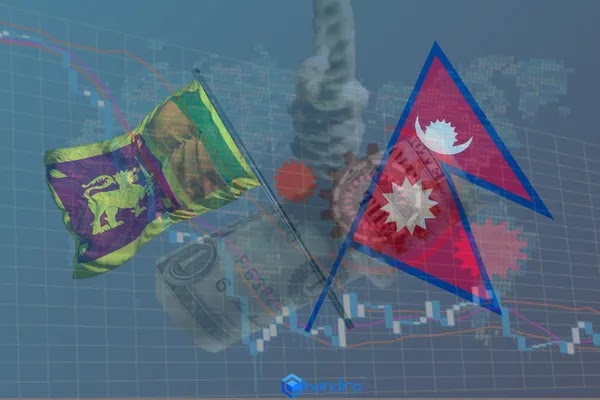 Currently, Sri Lanka, a member of the South Asian Cooperation Organization (SAARC), is going through its worst political and economic crisis ever. After the 1983–2009 conflict between the government and the then-rebel Tamil Tigers, Sri Lanka has reached a perilous state. On July 9, 2022, as the movement gained momentum, demonstrators took over the Sri Lankan President's home and, shortly afterwards, set fire to the Prime Minister's private property. It is impossible to predict the precise shape that the violent movement will take or the extent to which Sri Lanka will be affected by it.

Many Asian nations have been alarmed by Sri Lanka's economic crisis, which has affected its 84.52 billion dollar GDP. After this crisis in the SAARC member states, it is impossible to assess how the current SAARC president seems in Nepal. However, many people appear to be dissatisfied with Nepal's current political system and methods of government. The party leaders frequently compare the situation in Nepal to that in Sri Lanka while commenting on the current state of affairs in that country. Similar warnings have been issued not just by the leader but also by the governor of Rastra Bank. Such careless remarks increase the fear among Nepal's populace and economy. Such a person in a position of authority ought to have sought a resolution rather than acting carelessly.

The economic systems of Sri Lanka and Nepal differ in some ways and are similar in others. The GDP of Sri Lanka is 2.33 times bigger than that of Nepal. In other words, Sri Lanka's GDP is 84.52 billion, while Nepal's GDP is 36.29 billion. While Nepal's GDP climbed by 2.73 times during the same period, Sri Lanka's GDP, which was 16.54 billion in 2002, increased by 5.11 times to 84.52 billion in 2021. By comparing the two countries' economies, it can be shown that Sri Lanka's economic development is roughly 1.87 times greater than Nepal's.

Sri Lanka's external debt load substantially rose after 2006. Before 2002, Nepal, which received remittances at a rate of 7 to 8 percent, was outdone by Sri Lanka. Remittances were, nevertheless, the cornerstone of Nepal's substantial economic resources after 2002, and in 2015 they contributed up to 27.6% of the country's GDP. However, Nepal still receives remittances worth around 24% of its GDP. Nepal receives 2.76 times as much in remittances as Sri Lanka regularly does. Foreign loans and help are only obtained through organizations like the World Bank, IMF, ADB, and other donor agencies, and Nepal receives 17.33 times more than Sri Lanka does. It is durable and reasonably priced.

Thus, it would appear that the current economic crises in Sri Lanka and Nepal are statistically highly dissimilar. However, the foundation for Nepal's economic progress seems to have been set in stone over the last two years. During this time, economic uncertainty and a chaotic scenario followed Covid-19. Therefore, to boost its local economy and internalize capital, Nepal needs to do both.

The adaptability of Nepal's soil and regional demands should serve as the foundation for its development frameworks. It is essential to cease making unplanned expenditures in the name of progress, borrowing money to engage in unsuccessful ventures, and paying administrative costs.

Changes should be made to foreign investment, particularly the establishment of credit-based development structures, financial investment, and management patterns (modalities). Procedures that add unnecessary complexity to the administration of financial resources and plan selection will raise project costs and add to its financial burden. Projects might not be finished on schedule as a result, and additional foreign funding would be needed. As a result, the current fixed approach to the foreign investment needs to be changed.

Nepal should specifically reevaluate economic transparency and good governance, priority in internal capital formation, development and expansion of the local economy, emphasis on capital expenditure, local level financial monitoring, and foreign direct investment to avoid an economic crisis similar to that of Sri Lanka. The needs, utilization, and management of foreign loan structures should be carefully considered while examining their viability. The best alternative for constructing internal capital is the growth and expansion of the local economy. In this, the local level's function is very crucial. The federal government should coordinate at the municipal level.

The people in charge who publicly boast that Nepal's condition will resemble Sri Lanka's are to blame for the country's current economic predicament. They make it impossible for the nation to prosper economically. Therefore, let all conscientious citizens emphasize creating internal capital to enable Nepal to become independent by growing the local economy that is appropriate for Nepal.